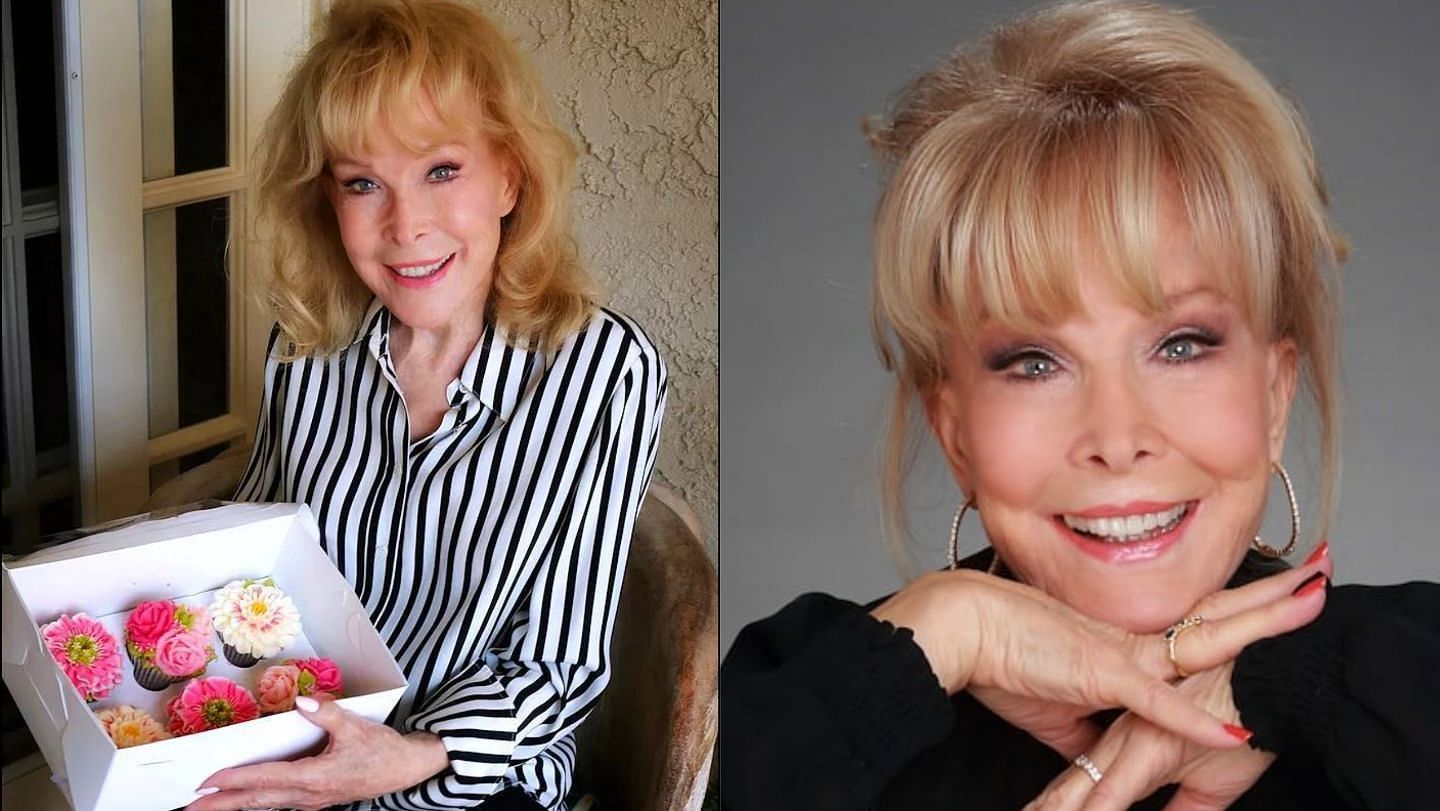 On August 17, I Dream of Jeannie star Barbara Eden became the victim of a death hoax after reports of her demise seemingly spread online. The 90-year-old actress was falsely reported to have passed away early on Wednesday.

The obvious hoax of Eden’s demise appears to have originated from a YouTube channel named Allan Radio, which has about 20,000 subscribers. On Wednesday, the channel posted a video titled:

The aforementioned video has spawned over 97,000 views, with over 700+ likes from viewers. The channel seemingly targeted Barbara Eden as her 91st birthday is on August 23.

The nonagenarian Tucson, Arizona native is certainly in good health as she posted a picture of herself with Priscilla Presley at Elvis’ Graceland mansion in Memphis, Tennessee on August 16.

Furthermore, the YouTube channel which spawned this rumor indulges in spewing fake announcements regarding celebrity deaths to generate views.

Prior to their claims of Eden’s passing, the channel had also uploaded a fake video that seemingly announced that renowned Jamaican singer-songwriter Bob Marley had passed away. Marley had actually died in May 1981.

I’m hearing Barbara Eden (I dream of Genie) has died.

These channels are seemingly run by bots as these videos, which falsely claim the death of celebrities, are rampant on YouTube. Last month, actor-director Clint Eastwood was amongst the few to fall victim to these videos.

Many netizens initially believed that the renowned Hollywood personality had passed away after a video that claimed his demise was uploaded by Recuerda Gente Famosa. The video was titled “10 Minutes Ago/ Sad News / RIP Clint Eastwood /Goodbye Clint Eastwood.”

This aforementioned title follows the same pattern as the fake videos from the Allan Radio YouTube channel, as mentioned before. Thus, it is possible that these fake claims are made by the same individual or organization with multiple YouTube accounts.

These videos have the primary goal of generating views and ad revenues with the shock factor of such claims. Like most fake content on YouTube, these videos do not even mention the cause of the death of these celebrities. In most cases, these videos utilize generic facts about the stars to pad the duration to around five minutes in order to be monetization-friendly.

They also use text-to-voice synthesis to replace the generic voiceovers, which allows them to generate multiple contents with falsified claims in a day.

Barbara Eden is very particular about her health

The actress is still quite active at the age of 90, as proven by her recent trip to Memphis. Last year, just days before her 90th birthday, Eden opened up about her health practices to Closer Weekly. She said:

“I’m very careful about (my) diet. I’m a carnivore … I like steak. We eat a lot of pork, chicken, steak [and] vegetables.”

Eden also gave a glimpse into her workout routine. She added:

The Flaming Star actress stated that she had also included spinning into her workouts and had a trainer for it, which she had to discontinue amid COVID.