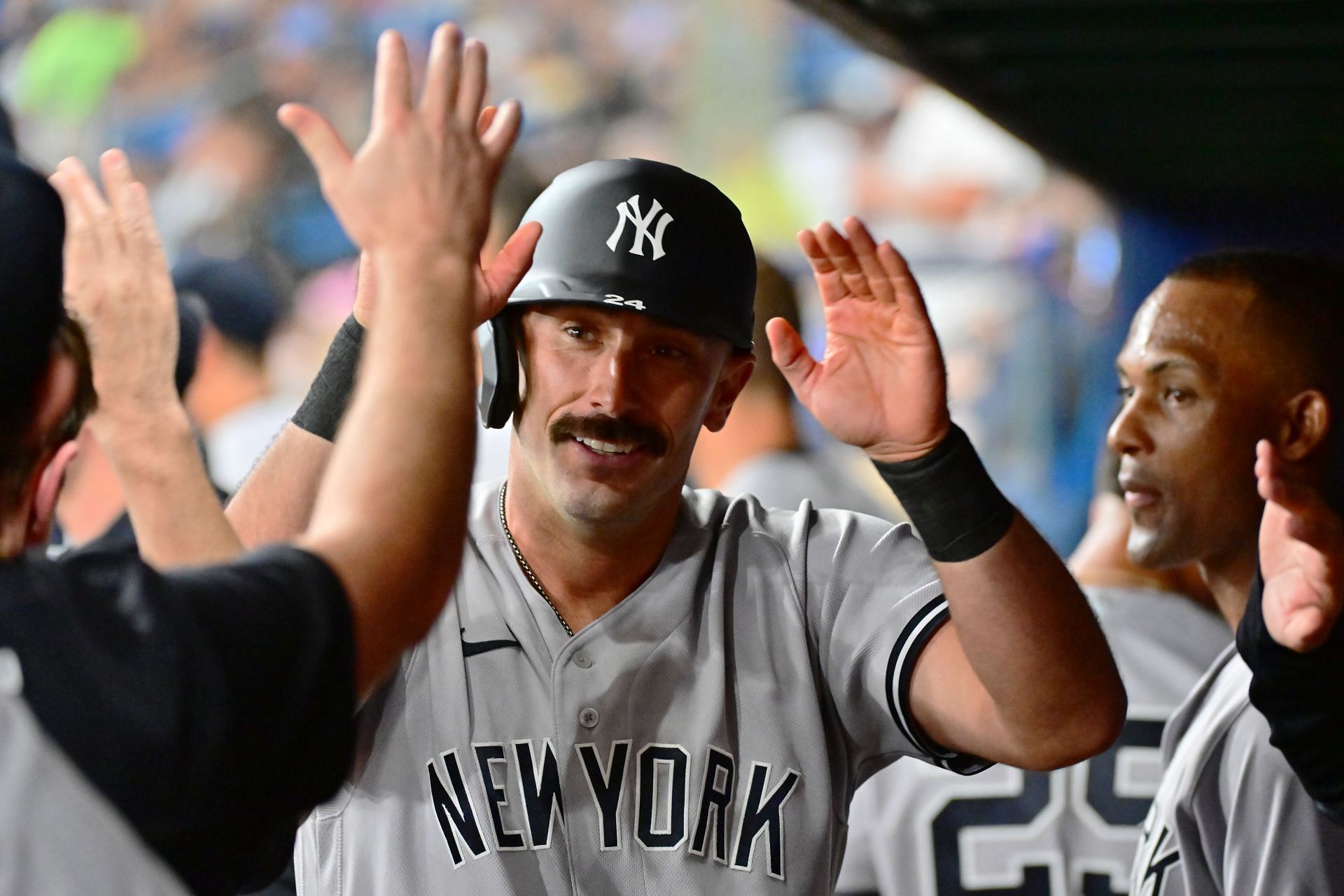 The New York Yankees and Cincinnati Reds continued their series at Yankee Stadium tonight. The two teams are playing the rubbermatch of the three-game series tonight. The first two games featured a couple of comeback victories for both teams.

The Reds won the first game of the series on Monday after coming back from three runs down in the ninth inning to win 4-3. The Yankees won last night’s contest 7-6 after trailing early.

During tonight’s game, New York Yankees outfielder Matt Carpenter made a great catch at the wall to rob the Cincinnati Reds of an extra-base hit.

“That catch by Carp” – Yankees

The Yankees have been looking for more production in the outfield and potentially acquiring an outfielder via trade. The team may not need to trade for an outfielder if Carpenter keeps performing like this.

Some are saying Carpenter needs to play every day at this point.

If Carpenter can play solid defense to go along with his great hitting numbers, it is going to be hard not to play him every day.

What a catch by the infielder playing right field, Matt Carpenter! If Carpenter can persistenly make plays like these, the Yankees will be even more dangerous.

The Yankees will be looking to make several moves at the deadline to try and put the team in the best position possible to make a playoff push. Here, we’ll look at three players the team could target by the trade deadline.

Willson Contreras is a potential trade candidate this season as he is set to hit free agency this off-season. The Yankees have gotten solid production from Jose Trevino, but adding Contreras could put the team over the top.

Ian Happ is another Cubs player on the trade market. With the struggles of outfielder Joey Gallo, the team may look to add an outfielder at the deadline. Happ would provide the team with a power switch hitter who plays above-average defense.

You can never have enough pitching when it comes playoff time. Despite the Yankees rotation being one of the best in baseball, the team could most definitely use another ace to add to the rotation.

Cincinnati Reds’ Luis Castillo is among one of the top targets by teams in this year’s trade deadline. Castillo would give the Yankees one of the deepest rotations in baseball.

For more news and updates, go to the Sportskeeda Baseball page.