Water main break closes many lanes on 101 Freeway in Hollywood 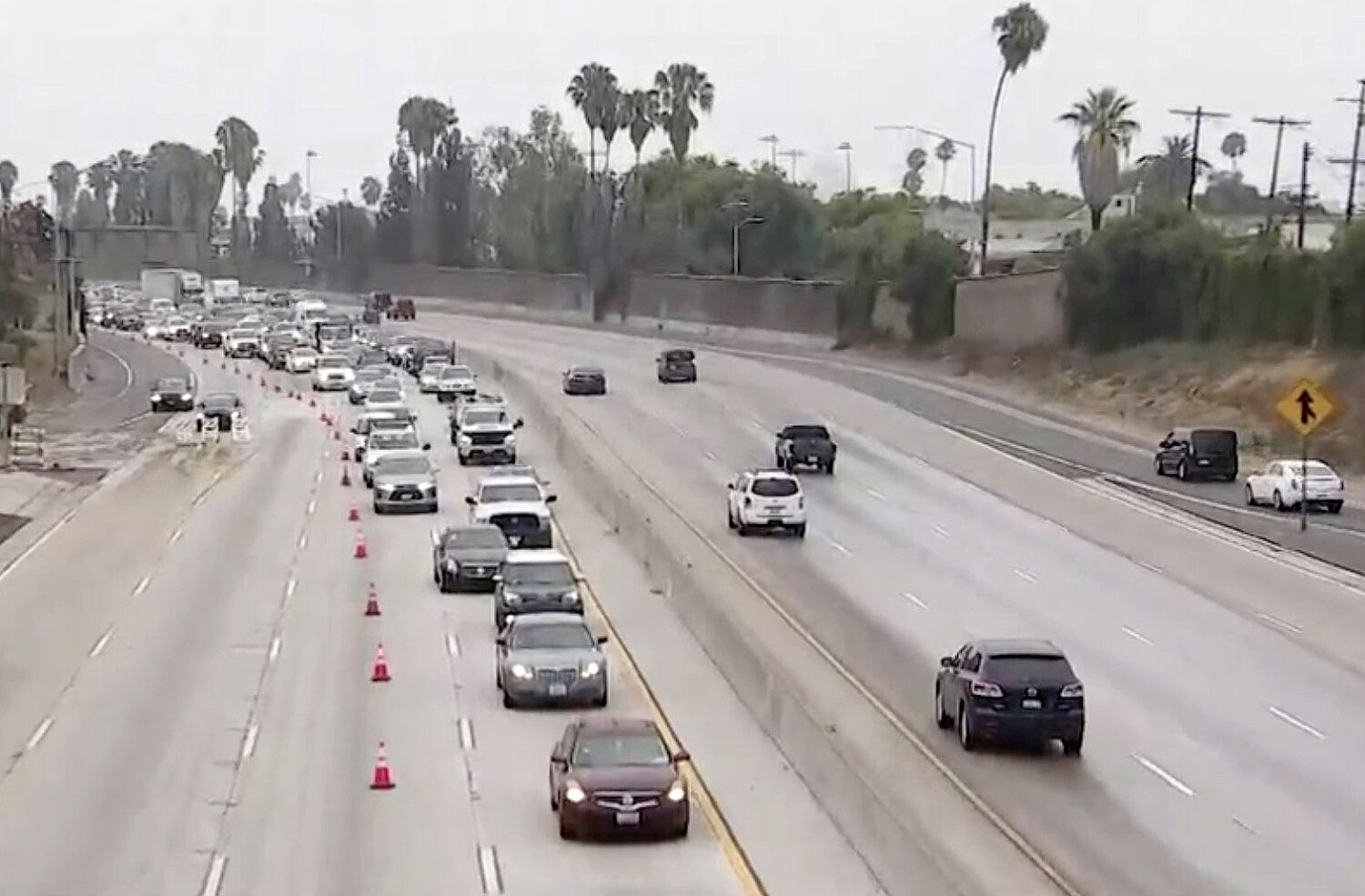 A broken water main has caused several lane closures on both sides of the 101 Freeway in the Hollywood area early Tuesday, causing major traffic jams.

A SigAlert was issued by CHP at 3:15 a.m., Kendricks said. Currently, three lanes are closed on each side, leaving only one lane open.

The lane closures have jammed traffic on the freeway and surrounding roads. Drivers are advised to avoid the area.

The cause of the flooding is under investigation so the freeway lanes will be closed indefinitely, Kendricks said.

“They have to try and assess the situation to find out what caused the flooding, so it is an unknown duration,” Kendricks said.

Video from the scene before the lane closures showed drivers struggling to maintain control of their vehicles, causing some to fishtail. There is no information on any injuries related to the flooding, Kendricks said.

Another main break was spotted near Kingsley Drive, also on the 101 Freeway, on Tuesday morning, but it had no significant impact, KABC-TV Channel 7 reported.

It is unclear whether any of the breaks are connected.