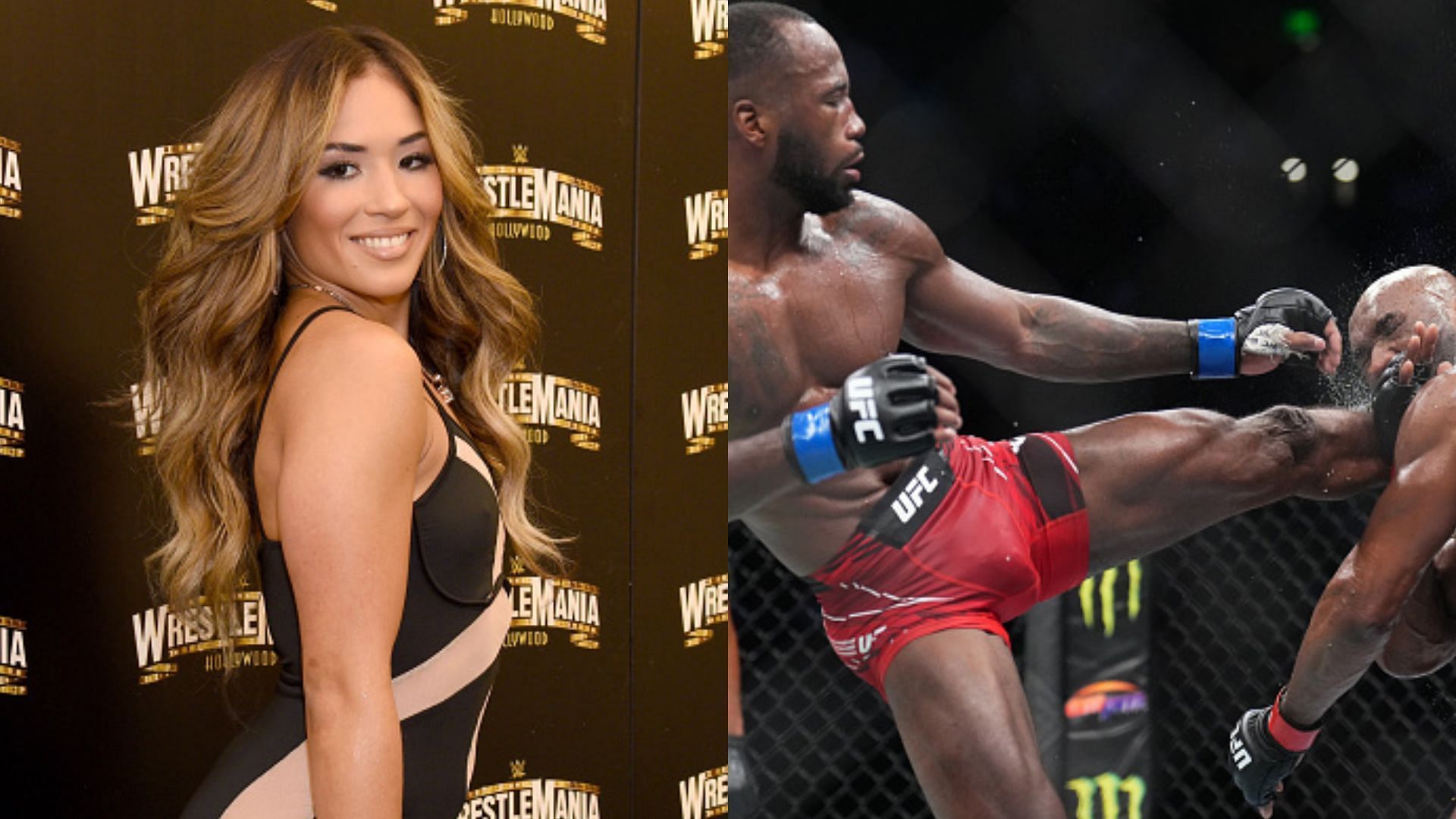 Valerie Loureda recently took to Twitter to react to a backstage clip of Leon Edwards after his thrilling victory at UFC 278.

In the main event of the pay-per-view, Edwards pulled off one of the biggest upset wins in combat sports history. With just a minute left in the fight, the 30-year-old connected with a head kick and knocked out Kamaru Usman.

With the win, Edwards became the new UFC Welterweight Champion after getting dominated by Usman for at least three rounds on the judges’ scorecards. Taking to Twitter, former Bellator MMA fighter and current WWE star Valerie Loureda sent a two-word message.

With the win, Edwards ended Usman’s historic title reign that began three years ago when he defeated Tyron Woodley. Since then, The Nigerian Nightmare defended his title successfully against Colby Covington, Jorge Masvidal, and Gilbert Burns.

How did fans react to Valerie Loureda’s tweet regarding UFC 278?

In reaction to Valerie Loureda’s tweet, fans showcased their support for Leon Edwards, who has had to go through a lot of adversity in the last two years in the UFC.

Most fans were thrilled after Rocky’s win, whereas Twitter user @MikeDesrochers1 suggested that Loureda would also have her moment at WrestleMania, much like Edwards had his at UFC 278.

Check out the fan reactions below:

@valerielouredaa Wow 😯 🥺 u just don’t know how hard a person fights to become great until they get there. This is truly a special moment. Really happy for him 🥹💯💯💯💯💯💪🏽🙌🏽

Loureda signed with WWE a few months ago but is yet to make her in-ring debut for the company. During her time in Bellator MMA, she secured four victories in five fights, with her only loss coming against Hannah Guy.

In the past, Loureda has expressed how she fell in love with WWE and wanted to fulfill her dream of becoming the first Cuban American star in the company. She said:

“I’m an entertainer. I love glamour. I love production, I love storytelling. And when I saw the WWE, I realized this is everything I’m good at in one place. Not only that, but I saw the opportunity to be the first Cuban American woman to be a WWE Superstar.”

It remains to be seen when Loureda will finally step foot inside the ring and make her pro wrestling debut.

What are your thoughts on Leon Edwards’ historic win at UFC 278? Sound off in the comments section below.