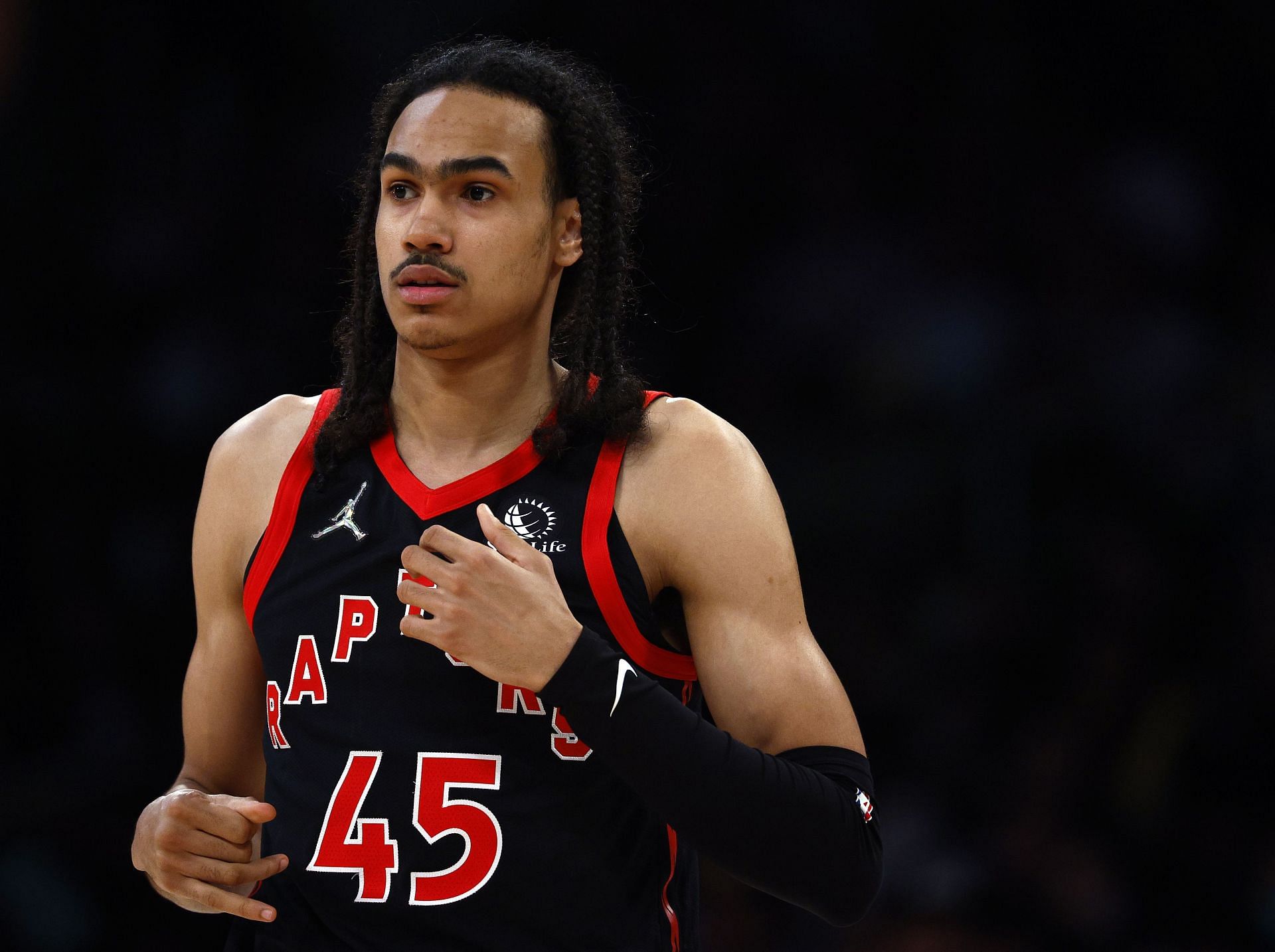 The Toronto Raptors will take on the Utah Jazz at the Cox Pavilion in Las Vegas on Wednesday night. Both teams will look to make a statement in the upcoming season, starting off with their Summer League games.

The Toronto Raptors are coming off a 83-93 loss against the Chicago Bulls, after winning their first match-up against the Philadelphia 76ers. Jeff Dowtin, who has made brief appearances for various NBA teams in the past, has made the most of his minutes so far in the Summer League.

The Utah Jazz, on the other hand, went 0-3 in the Salt Lake City Summer League, but have managed to flip the script in Las Vegas. They’ve won both their fixtures in the Las Vegas Summer League so far, beating the Atlanta Hawks and Dallas Mavericks.

The Raptors and the Jazz have two fixtures left in the Summer League and the upcoming match is extremely important for both teams.

The Toronto Raptors put together a thorough performance against the Philadelphia 76ers, winning by a sizable 20-point margin. Although Dalano Banton turned the ball over quite a bit, he shot an efficient 54.5% from the field and added 21 points to the team’s total.

However, Armoni Brooks stole the show against the 76ers, scoring 25 points while coming off the bench on a 50% shooting night. Philadelphia, on the other hand, relied on Isaiah Joe to get the team going and he obliged by scoring 24 points, shooting 77.8% from deep.

The Raptors’ second match-up against the Bulls ended in defeat, but Dowtin and Banton got a chance to showcase their talent. They combined for 34 points in the loss, but Christian Koloko’s sub-par performance led to an unfavorable result.

The Toronto Raptors will look to bounce back with a win against the Utah Jazz.

Although limited, Dalano Banton has gained experience over the 2021-22 season, playing 64 games as a Raptor. During that span, he averaged 3.2 points, 1.9 rebounds, and 1.5 assists while playing 10.9 minutes per game.

Banton’s understanding of the game has been on display in the Summer League so far, given his contribution in multiple areas.

Banton has been an effective facilitator of the team’s offense, while adding value on the defensive end as well. His three-point shot is another factor that could make him a problem for the Utah Jazz to deal with. Banton has made five 3-pointers over the first two games, while making multiple trips to the free-throw line as well.

He will be crucial if the Toronto Raptors are to make it two wins in a row.

The Utah Jazz have had a robust start to their Summer League campaign, with multiple players maximizing their opportunities. The previous game had a nail-biting finish, with the Mavericks losing 82-83, despite five of their players scoring in double-digits.

Jared Butler has struggled from beyond the arc, making only two of his 17 attempts over the first two games. A lot more is expected from him going forward. The Jazz have been able to utilize multiple players effectively, which could be a factor that works in their favor against the Raptors.

Tacko Fall was quite impressive in the game against the Mavericks, recording 12 points, 15 rebounds, and three blocks in just 17 minutes. He came off the bench, and 12 of his 15 rebounds were on the offensive board, which speaks volumes about the threat he poses.

Fall will be crucial for the Jazz in this match-up and they will hope he can build on his performance against the Dallas Mavericks.

Although Jared Butler has struggled with his deep shots, he has managed to be useful in multiple other areas. He has recorded 17 assists in the Las Vegas Summer League so far as the team’s anchor, while contributing on the defensive end as well.

Butler featured in the Utah Jazz rotation last season, playing 42 games for the franchise. During that span, he averaged 3.8 points, 1.1 rebounds, and 1.5 assists, while shooting 40.4% from the field.

Given his disappointing performance from deep in the last game, fans can expect Butler to make some amends from his end, which will be crucial for the team. A couple more good performances could see him enjoy a larger role with the Jazz next season.

The Utah Jazz’s size will be a major threat for the Toronto Raptors, unless the Raptors find a way to box out their opponent’s big men consistently. The Jazz have been better from deep as well, which furthers their prospects in the upcoming fixture.

The Raptors, on the other hand, have been reliant on a couple of players to get them going. It will be important for them to get sizable contributions from at least four or five players in order to stand a chance.

Where to watch the Toronto Raptors vs Utah Jazz?

The Toronto Raptors’ game against the Utah Jazz will be broadcast on ESPN 2. The game will also be available to stream on the NBA League Pass.