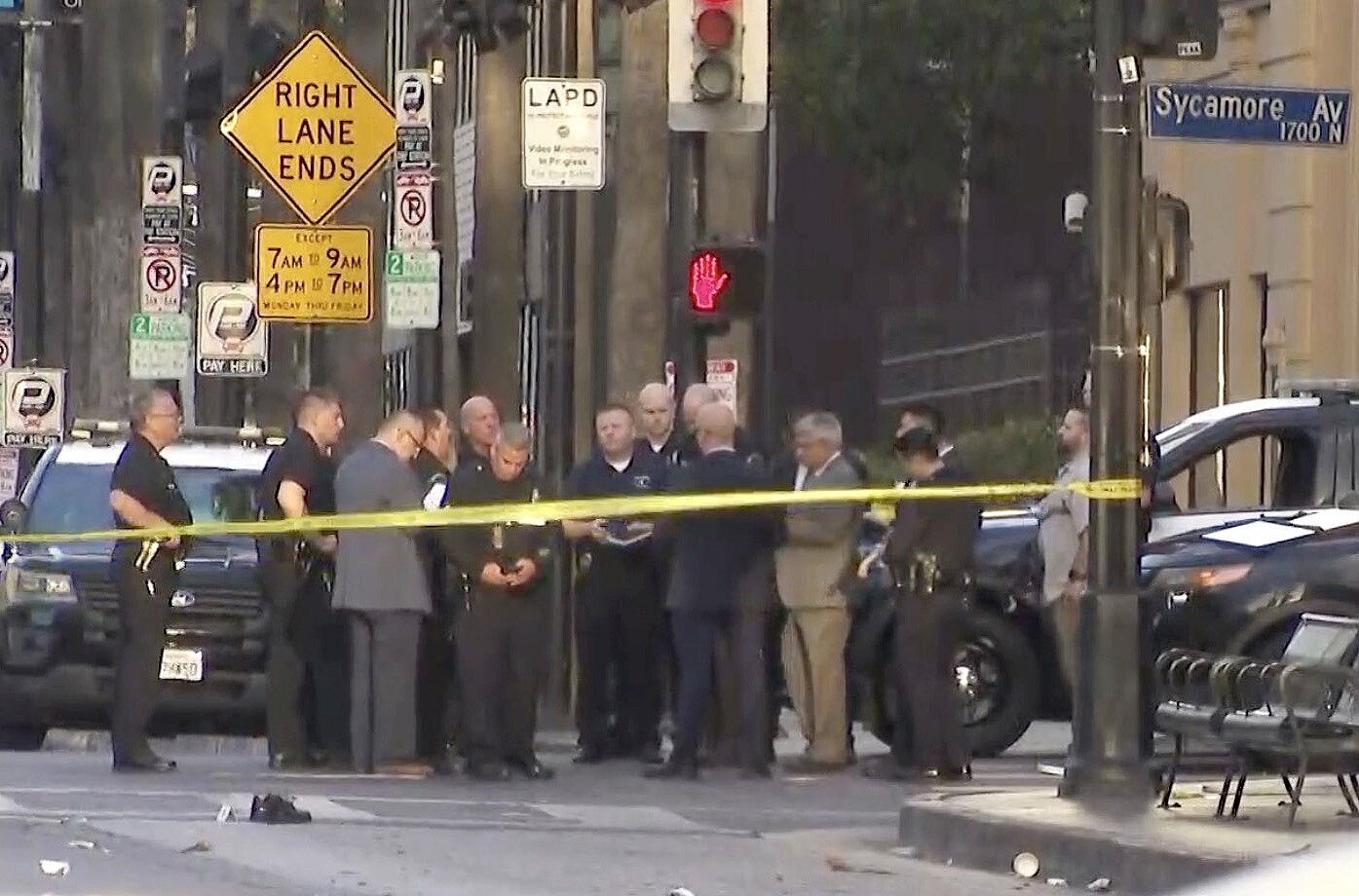 A teenage boy was shot and killed Monday morning near the Hollywood Walk of Fame, prompting the street’s closure during the investigation, according to authorities.

Officers arrived and found a 17-year-old with gunshot wounds and a firearm next to him, according to police. They performed life-saving measures and the teenager was transported to a hospital, where he died from his injuries.

The teenager was with another suspect, described as a man around 5 feet 10 and wearing dark clothing, and they confronted a group of people at Hollywood and Sycamore, authorities said. The teenager and the second male suspect started firing at the group as they ran away.

The 17-year-old was likely shot multiple times by the other suspect as they were trying to shoot at the group, according to Lomeli. The teenager’s name is being withheld pending identification and notification of next of kin.

The second male suspect is still at large and was last seen leaving northbound at Sycamore.

Hollywood Boulevard was closed in both directions between Orange Street and La Brea Avenue.