Search is on for more victims of monster McKinney fire 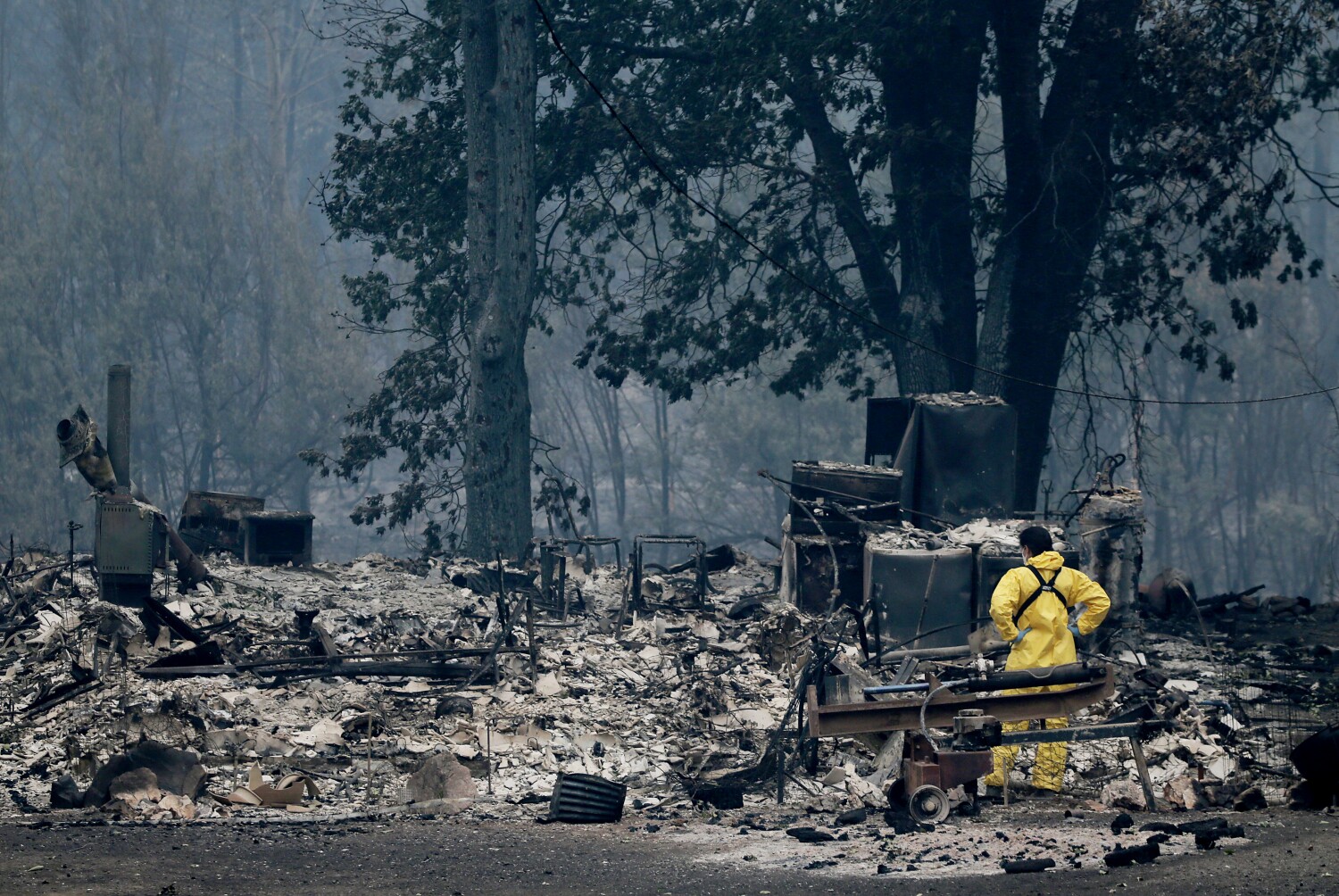 Officials are searching for more potential victims of the McKinney fire as improving weather conditions allowed firefighters to gain some ground on California’s largest blaze of the year.

About 1,300 firefighters battling the blaze were contending with possible thunderstorms on Tuesday that could set off dangerous conditions.

“There is a red flag warning for abundant lightning over dry fuels,” fire spokesman Joel Brumm said. “Some of those storms may be wet — that can help — but they’re also going to potentially produce really strong outflow winds, and there could be additional lightning, which is not helpful. It wouldn’t take much for the fire to spring back to life.”

There are about 10 other smaller fires — including the nearly 2,500-acre China-2 fire — burning in Klamath National Forest. Those lightning fires are now being dubbed the Yeti Complex, Brumm said.

The McKinney fire, which had burned 58,165 acres as of Tuesday morning and was 0% contained, ignited Friday afternoon near Highway 96 and McKinney Creed Road, southwest of the Klamath River near the California-Oregon border.

The main fire’s growth has stalled over the last two days as more firefighters have arrived at the scene.

Fire crews took advantage of more favorable weather conditions on Monday, including some rain, and worked to establish containment lines to prevent the blaze from spreading into nearby Yreka. The cause of the fire is under investigation.

Authorities said Monday that two people had been found dead inside a burning car in the fire zone.

But some residents across Siskiyou County are worried about others who are unaccounted for.

Officials have recovered additional remains but haven’t determined whether they are human or animal, Courtney Kreider, a Siskiyou County Sheriff’s Office spokesperson, told The Times on Monday.

An anthropology team from Chico State with experience helping authorities identify victims of the 2018 Camp fire has been deployed to assist in the effort, Kreider said.

Marchetti-Perrault told The Times that her home off Highway 96 had been destroyed in the blaze.

“When we left, everything was on fire,” she recalled. “It happened so fast. We left with the clothes on our back. We couldn’t breathe, and we couldn’t see.”

She thought of her 78-year-old uncle who was in the house with her at the time and refused to leave. She fears he was killed.

“I know where he was sitting, and I saw him,” Marchetti-Perrault said. “I’m sure it was him.”

Sheriff Jeremiah LaRue said he would look into it.