Promises made on key issues in the 2022 Ontario election 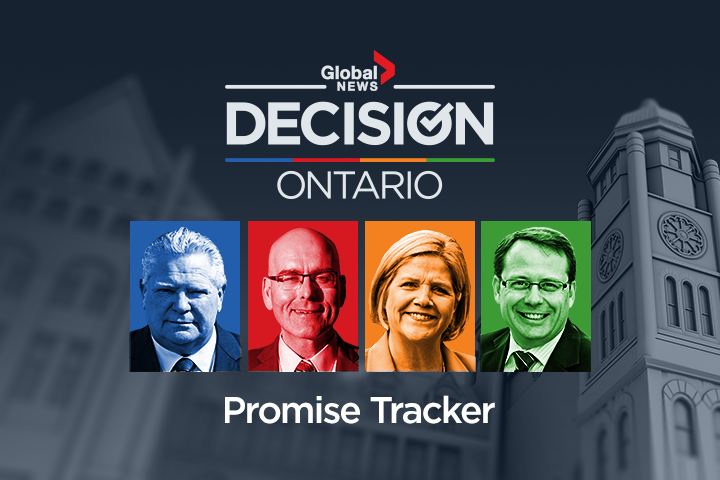 In the PC budget doubling as the party’s platform, they promised to commit $21 billion, including $14 billion in capital grants, over the next 10 years for the renewal and expansion of school infrastructure and child-care projects. The PCs said they are also launching a pilot project collaborating with school boards to use rapid, modular build methods. The PCs said $6 billion would also be provided for the post-secondary education sector including more than $2 billion in capital grants over 10 years to help modernize classrooms, carry out repairs, and improve environmental sustainability.

The PCs said they would introduce a new science and technology curriculum and de-stream the Grade 9 science course for the 2022-23 school year.

$600 million to help students recover from the disruptions caused by COVID, including $175 million to expand access to publicly funded tutoring, was also in the PC budget.

$9 million over three years to support nine Indigenous governed and Indigenous institutes was also in the budget.

The PCs said they would maintain the current tuition freeze for the province’s publicly assisted colleges and universities for another academic year.

The PCs said they would invest $42.5 million over two years beginning in 2023-24 to support expanding undergraduate and postgraduate medical education and training.

Starting in 2022-23, with $81 million, the PCs would expand the Community Commitment Program for Nurses for up to 1,500 graduates each year to receive full tuition in exchange for committing to practice for two years in an underserved community. Starting in Spring 2023, the PCs said they would launch the $61 million Learn and Stay Grant, with applications opening up for 2,500 eligible post-secondary students who enroll in priority programs to work in underserved communities where they studied.

The PCs also said they would “modernize clinical education for nurses,” with an investment of $124.2 million over three years. Committing $42.5 million over two years beginning in 2023-24 to expand the number of undergraduate and postgraduate medical positions in the province was also in the budget.

“Modernizing skilled trades and apprenticeships” was also promised by the PCs, including funding aimed at accommodating an increase in enrolment, supporting the Tools Grant, and incentivizing employers.

The Liberals promised to hire 10,000 more teachers and cap class sizes at 20 students for all grades. The party said it would reinstate an optional Grade 13 and offer classes on mental health, taxes, financial literacy, among other topics.

The Liberals said they would end academic streaming, as well as EQAO testing and replace it with a different assessment strategy.

Hiring 5,000 more special education workers and reducing wait times for special education were also promised by the Liberals. They would hire 1,000 more mental health workers for students and staff, make mental health first air training available to staff, and provide a free breakfast to every student who needs one. By cancelling Highway 413, the Liberals said they would provide $10 billion to build and repair more schools, including ensuring existing schools’ ventilation systems are in good condition.

The Liberals said they would review and update the funding formula for Ontario’s schools.

Under the Liberal plan, tuition would be fully covered for all early childhood education and personal support worker programs at Ontario colleges, as well as medical and nursing students who commit to working in rural and remote communities.

The Liberals also said they would give $2,000 to those who go into apprenticeships, create a $1 billion fund for new programs and increase operating grants, fund northern, rural and remote colleges and universities undergoing a transition and commit to “innovating, high-quality” online learning options.

Hiring 20,000 teachers and education workers, more custodians and maintenance staff, more mental health workers, repealing Bill 124, and working to end violence against education workers are among the promises in the NDP platform.

The NDP would “review and repair” the education funding formula, beginning with a “comprehensive public review” that would be completed within one year. The party said they would increase funding for special education, double the Rural and Northern Education Fund, clear the school repair backlog within 10 years, ensure that schools have “up-to-date” ventilation systems, and upgrade public schools to make them carbon neutral.

The NDP also said they would implement a working group on teacher shortage in the French-language system and implement recommendations, “respect the constitutional right of French
school boards,” and review the approvals process for new French schools so that provincewide students can access French learning.

The party said it would also amend the Education Act to address racism and discrimination, ensure students learn about the Holocaust, work with the Indigenous community to ensure that the curriculum “appropriately reflects Indigenous experiences and histories,” support more Indigenous representation on school boards, and boost funding for Indigenous language education.

The NDP said they would end streaming and EQAO testing. They would scrap the mandatory requirement for two online courses and end hybrid models.

The Green Party said it would hold an independent review of Ontario’s education funding formula to ensure it “adequately reflects student needs” and review the formula every five years. The party said it would ensure an updated funding model includes “adequate funding” for ESL grants, special education assistants, and counsellors, among other supports, and ensure it “takes into account the unique needs of remote and rural schools.”

The Greens said they would address the repair backlog for the province’s public schools, allocate funds so that schools can comply with the Accessibility for Ontarians with Disabilities Act, provide funding so that schools can “make energy efficiency and ventilation improvements” and can purchase zero-emission electric buses.

The party said it would oppose any move towards mandatory e-learning or hybrid models and cap class sizes for Grades 4 to 8 to at least 24 students and kindergarten to at least 26 students.

The Greens said they would eliminate EQAO testing, as well as streaming.

Increased funding for outdoor education, greenspace in school yards, and an “enhanced curriculum” on environmental topics is also in the Green Party platform.

The Greens also said they would “make equity a pillar of public education,” implement mandatory collection and reporting of race-based data for schools and have “standard procedures” for reporting racist incidents. The party said it would remove all resource officers from the province’s schools, and work with boards to ensure staff hiring and retention practices are transparent and reflect the diversity of the province’s population.

Establishing “clearly visible” all-gender washrooms, updating the curriculum to include “informed discussions” on discrimination, restoring funding for the Indigenous curriculum program and developing a mandatory curriculum on colonialism, residential schools, and Indigenous histories is also part of the Green Party platform.

The Greens said they would also address the waitlist for core services in the Ontario Autism Program through building capacity and increasing funding every year as inflation and the number of children registered increases. The party said it would also establish an “ultimate wait time benchmark” for diagnosis and access to core services once registered in the program.

Regarding post-secondary education, the Greens said they would convert OSAP loans to grants for low- and middle-income students and eliminate interest charges on student debt.

— with files from The Canadian Press

5 NFL teams set to under-perform in the 2022 season

With the 2022 NFL season slowly upon us, every team across the league will be hoping to improve on their performance in 2021. While there...

Boost Now or Best to Wait?

July 5, 2022 – A new combination vaccine for COVID-19 will likely be coming out this fall, offering more protection against the Omicron variants of...

Kyle Richards is already catching flak for the upcoming episode of The Real Housewives of Beverly Hills. Bravo recently dropped a lengthy sneak peek of the...

What was supposed to be a day of celebration turned into one of shock, chaos and mourning for the small American town of Highland Park...

Energy rationing could be on the cards this winter, with British factory owners suffering constraints to their energy supplies. There are growing fears Russia could...

5 NFL teams set to under-perform in the 2022 season

Boost Now or Best to Wait?