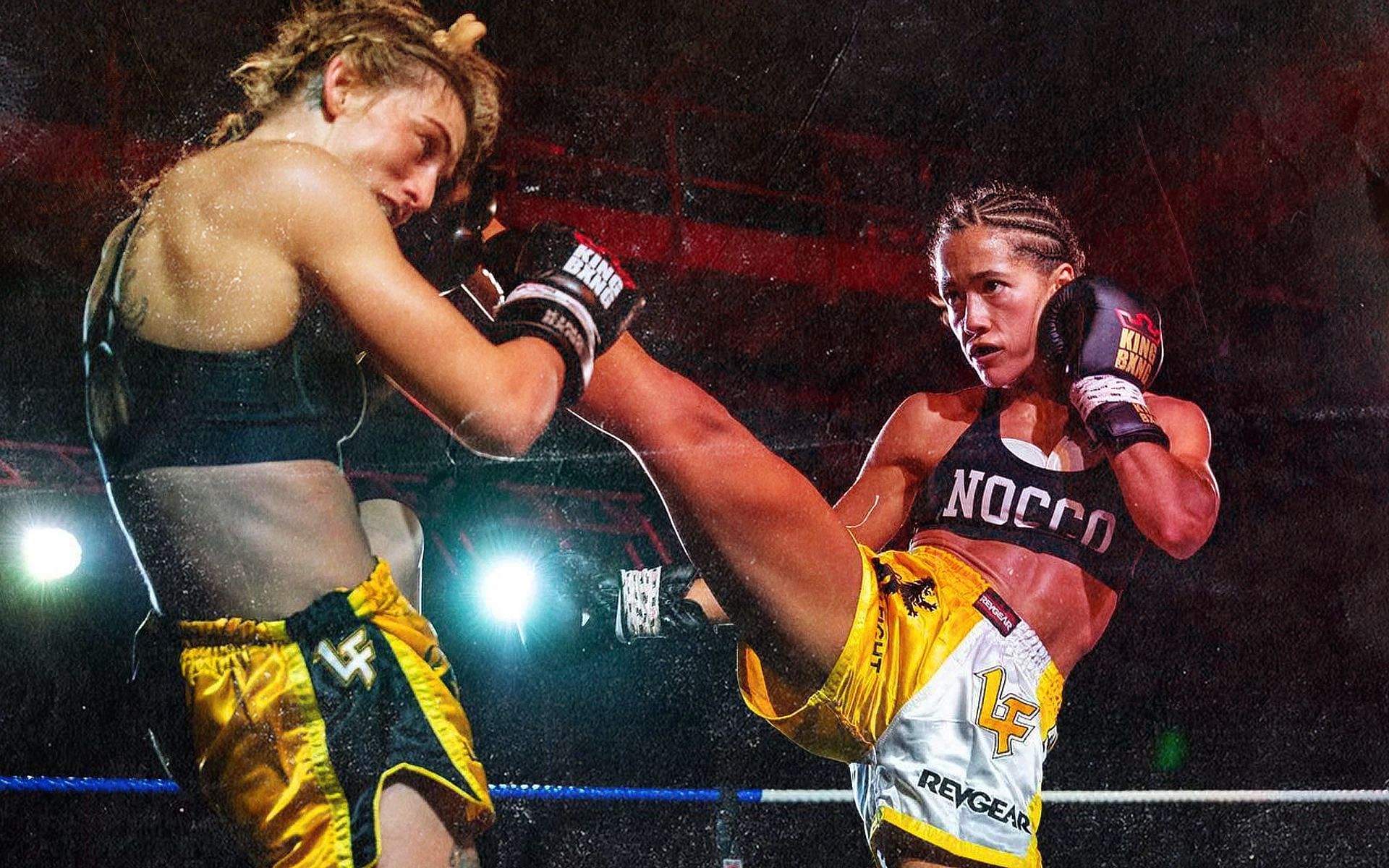 WBC Muay Thai and ISKA world champion Lara Fernandez is one of the hardest workers in the game, but ‘Pizza Power’ knows when and how to have fun too.

The Spanish striking star took to a local beach to help her prepare for her upcoming match against Janet Todd at ONE 159: De Ridder vs. Bigdash on Friday, July 22. The event is set to be broadcast live from the Singapore Indoor Stadium.

Fernandez and Todd will duke it out for the ONE interim atomweight Muay Thai world title on the main card of ONE 159. It is sure to be an electrifying striking matchup.

In an Instagram post, Fernandez was seen working her jabs, elbows, and knee strikes on the shore.

ONE Championship wrote in the caption:

“Lara Fernandez has the flow 🌊 “Pizza Power” and Janet Todd COLLIDE on July 22 for the ONE Interim Women’s Atomweight Muay Thai World Championship at ONE 159! 🏆 @larafdz13.”

“I love the power of pizza.”

Lara Fernandez is in for the biggest fight of her life

While debuts are normally a fighter’s feeling-out process in a promotion, Fernandez’s start at ONE Championship is an immediate baptism of fire.

Fernandez will take on Todd, the holder of the ONE atomweight kickboxing world title, who is on a six-fight winning streak and has looked unstoppable during her run.

While Fernandez will enter ONE Championship having won titles in WBC Muay Thai and ISKA, her debut in ONE is probably the biggest fight in her career.

Todd has beaten the top names in both Muay Thai and kickboxing, including former two-sport world champion Stamp Fairtex.

Nevertheless, Fernandez is ready for whatever Todd has in store for their much-anticipated world title bout. In an interview with ONE Championship, she said:

“I will put on a show, and then I will become [the fans’] favorite fighter. It will be a very beautiful and technical fight. I hope I can take that belt home.”