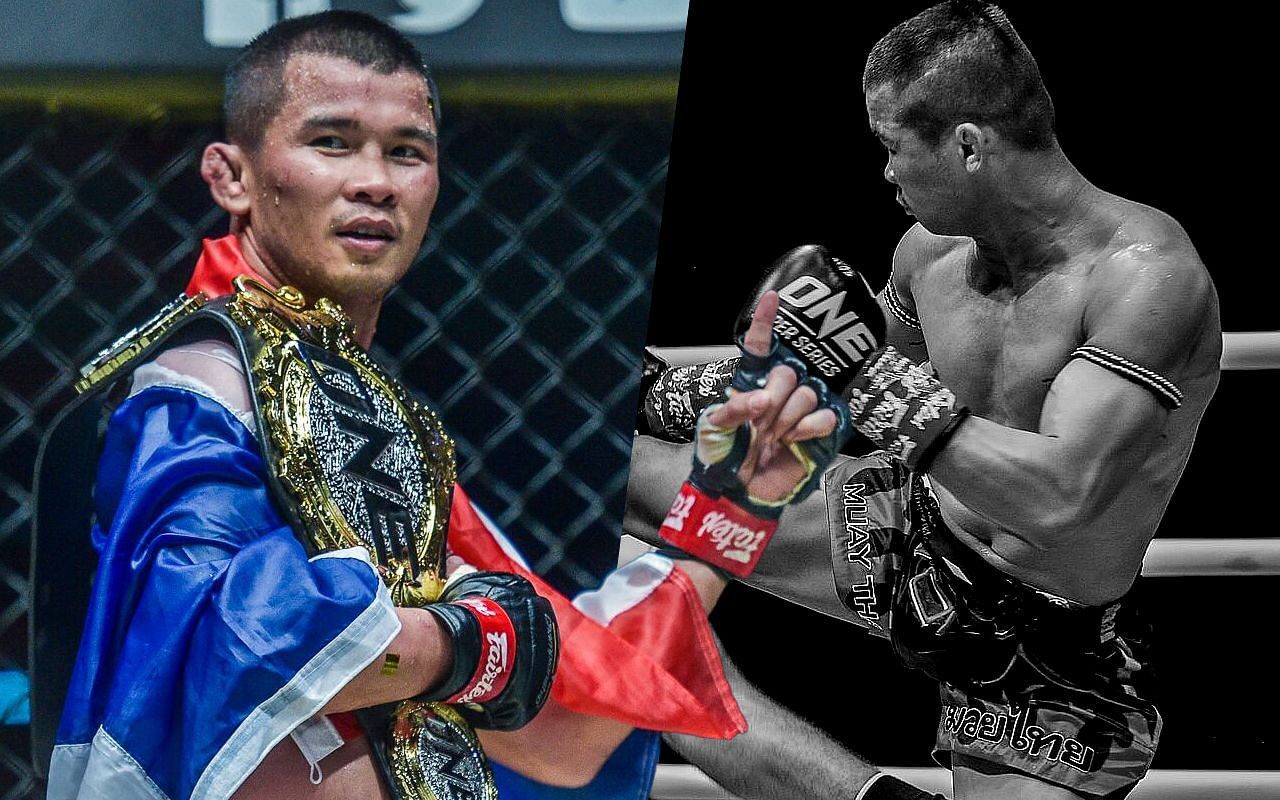 Muay Thai legend Nong-O Gaiyanghadao is excited to showcase “the art of eight limbs” to the American fanbase, many of whom could be watching the spectacle for the first time on Amazon Prime Video on Friday, August 26 at US primetime.

The former Lumpinee Stadium world champion will defend his ONE bantamweight Muay Thai belt against British powerhouse Liam Harrison in the co-main event on the Singapore Indoor Stadium-held card.

Honored to be a part of the historic martial arts revolution in ONE Championship, the 36-year-old icon finally has a chance to showcase the sport he so loves. On that, he told ONE Championship:

“This will be a great opportunity for Westerners to get to know Muay Thai better and to promote Muay Thai more widely around the world. I would like to show them that Muay Thai is one of the most dangerous [styles] compared to other combat sports.”

Indeed, Muay Thai, also known as “the art of 8 limbs”’ (2 fists, 2 knees, 2 shins, and 2 elbows) is considered to be one of the most dangerous and competitive sports in Asia because, when combined, the physical weapons can cause severe damage to an opponent.

Not just anyone can withstand the debilitating power and technique behind the practice. While the sport is physically and mentally draining, it’s also beautiful in every sense of the word.

Like all of his previous matches, Nong-O, a legend in his native Thailand, is poised to give American audiences an action-packed firefight like they’ve never seen before.

See also  Prajanchai PK.Saenchai vs. Joseph Lasiri at ONE 157 – Preview and predictions

Five-time defending ONE bantamweight Muay Thai world champion Nong-O Gaiyanghadao was impressed with Liam Harrison’s warrior spirit in his last fight against Muangthai PK Saenchai this past April at ONE 156.

‘The Hitman’ went punch-for-punch and kick-for-kick with the Thai phenom. After an exhilarating first round that featured a total of five knockdowns in less than three minutes of action, Harrison scored the victory with the third knockdown to book himself a world title opportunity opposite Nong-O.

The champion is excited to lock horns with a formidable veteran, whom he holds in high regard. Praising the durability on show in Harrison’s latest performance, the Thai fighter told ONE Championship:

“Liam could come back [after being knocked down twice by Muangthai] because he has more experience. He could read the game better than Muangthai. He knew that Muangthai had two knockdowns already, and he would rush to seal the deal. But Liam is a veteran. When he was [being] counted, he would not rush to get up. He waited to recover and get back up strong.”

Nong-O is on a Six-fight winning streak and is hoping to extend that to seven by obliterating ‘The Hitman’ in a battle of willpower. Expect this fight between two of the world’s most dangerous Muay Thai strikers to be talked about for many years to come.

See also  "He will choose Bayern or Chelsea"