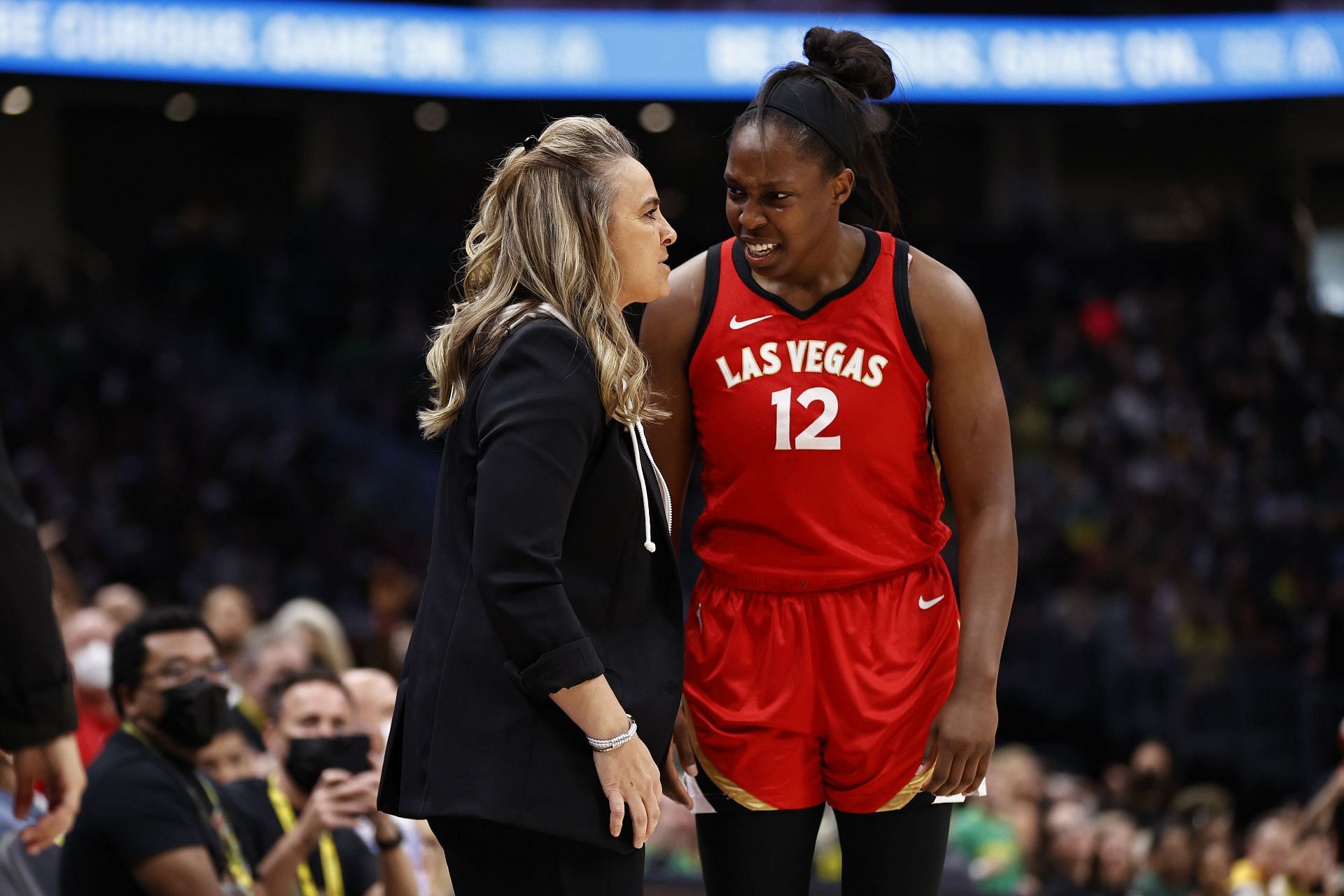 The Las Vegas Aces will take on the Atlanta Dream on Tuesday night. The Aces spoiled Sue Bird’s last ever regular season home game on Sunday. They won 89-81 in what was an exciting contest from start to finish. They’re 23-10 on the year now, and they’ll return home after a long road trip.

The Dream lost in Minnesota on Sunday, 81-71. They’re 14-19 and hold the seventh seed in the league. With just three games remaining, every game is crucial for Atlanta’s playoff chances. Recently, they’ve also failed to cover seven games in a row at the worst possible time.

Las Vegas has split their two contests versus Atlanta this year. They won by 23 points the first time they played in May, but lost by 16 several weeks ago at home. The Aces’ A’Ja Wilson went off for 29 points on Sunday, to go with six rebounds. They have several talented scorers and lead the WNBA in points per game.

As the regular season comes to an end, the #1 seed may be tough to grab if the Chicago Sky don’t lose a few games. The Aces will need to be careful not to slip to third, though, with the Connecticut Sun just one game back.

Atlanta is dealing with some injuries which could come back to bite them. They do have exciting rookie Rhyne Howard though, and she averages 16.1 points per game. She scored 16 points in Sunday’s loss after a 28-point performance on Friday.

The Dream had success facing the Aces in July, but that was due to Tiffany Hayes’ 31 points. Now that she’s out, it’ll be an uphill battle for the Dream on Tuesday.

Atlanta has two key games to close out the season against the New York Liberty following Tuesday’s contest. If they could somehow steal this game against Las Vegas, they’ll like their chances to make the playoffs.

Unfortunately, being down several players and playing on the road against a much more talented team is Atlanta’s reality. Expect the Aces to win the season series and look for them to get out to a commanding halftime lead.