L.A. County coronavirus weekly death rate 70% higher than in Bay Area: Why so much worse? 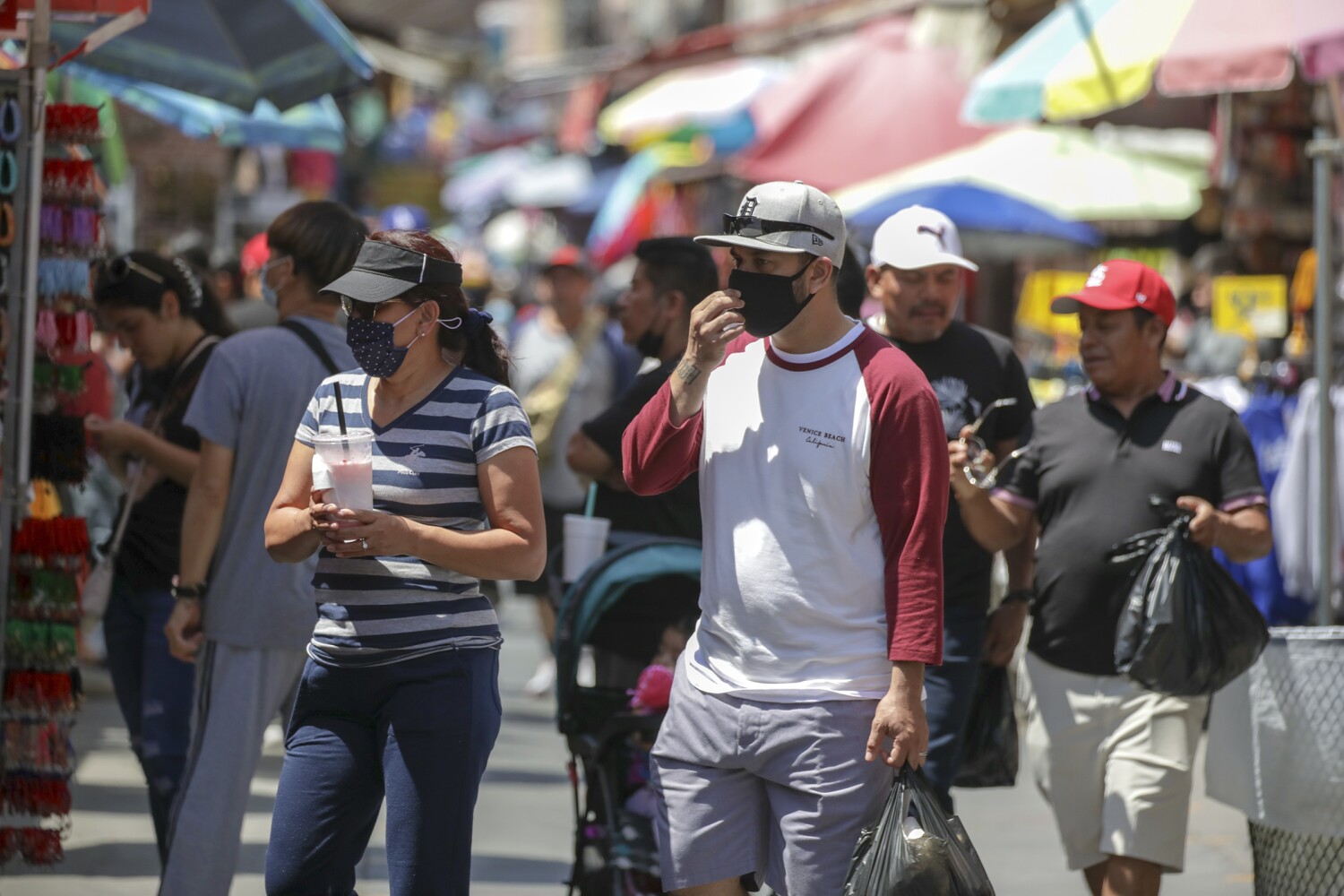 With Los Angeles County set to decide in the coming days whether to impose a new mask mandate, one factor of note is a rise in coronavirus deaths.

In other words, L.A. County’s latest weekly COVID-19 death rate is more than 70% higher than the rate in the Bay Area.

The two regions’ death rates had been more close to each other through parts of June. But something changed in July, and there was a dramatic rise in L.A. County’s death rate not matched by that in the Bay Area.

There are various reasons that could explain why L.A. County has a higher death rate. The nation’s most populous county, L.A. County is structurally at higher risk from COVID-19 waves due to a higher rate of poverty and overcrowded housing. Additionally, vaccination and booster rates are generally higher in the Bay Area, and anecdotally, some have observed that voluntary masking seems more common in the Bay Area than in L.A. County.

L.A. County could impose a new universal indoor mask mandate for public settings as soon as Friday, unless pandemic conditions improve in the coming days. The Bay Area is not currently publicly considering a mask mandate.

When county Public Health Director Barbara Ferrer was asked at a press briefing last week why her agency’s approach to a mask mandate differed from other counties in the state, she pointed to factors that have left L.A. County particularly vulnerable, including its size and population of 10 million, 2 million of whom remain unvaccinated.

The county is also home to many older residents generally at higher risk of severe health outcomes from COVID-19, as well as nursing homes and industrial work settings where transmission can be particularly problematic.

Data also continue to show that COVID-19 is taking a disproportionate toll on Black and Latino residents as well as people living in poorer areas of L.A. County.

“Getting transmission levels down low benefits everybody, but it particularly reduces risks for those most vulnerable,” Ferrer said.

In L.A. County, hospitalization rates have grown much faster in recent weeks for older residents.

“When people pass along misinformation that the current COVID surge is not affecting or hurting anyone, these are the people they are dismissing: our elders,” Ferrer said.

Weekly COVID-19 cases are showing early signs of flattening in Los Angeles County, but it’s too soon to say whether it’s a blip or the beginning of a sustained trend. The latest numbers do not show a steep decline in cases, but if such a trend occurs in the coming days, Ferrer said, her agency is likely to put a pause on implementing a universal mask order for indoor public settings.

Throughout this late spring and summer pandemic wave, most public health officials in Bay Area counties have not publicly suggested the need for a renewed local mask mandate. The lone exception, Alameda County, rescinded its own mask mandate three weeks after implementing it on June 3. Because the other highly populated Bay Area counties did not join with Alameda County’s decision, its mask mandate attracted significantly less attention in the Bay Area.

Since the beginning of May, L.A. County’s COVID-19 death rate over a 12-week period has grown to far exceed that of the Bay Area.

Between May 1 through Friday, L.A. County has recorded 664 COVID-19 deaths, and the Bay Area, 389 deaths. On a per capita basis, that means — over this 12-week period — L.A. County has recorded 658 deaths for every 10 million residents, while the Bay Area has reported 464 deaths for every 10 million residents.

In other words, if L.A. County had the Bay Area’s death rate, L.A. County would have recorded nearly 30% fewer deaths — about 200 fewer fatalities — over the past 12 weeks.

And if the Bay Area had L.A. County’s death rate, the Bay Area would’ve had more than 40% more deaths — about an additional 160 fatalities — over the same time period.

The calculations for the Bay Area include nine counties adjacent to the San Francisco Bay and also Santa Cruz and Monterey counties, which matches the state Department of Public Health’s definition for the region.