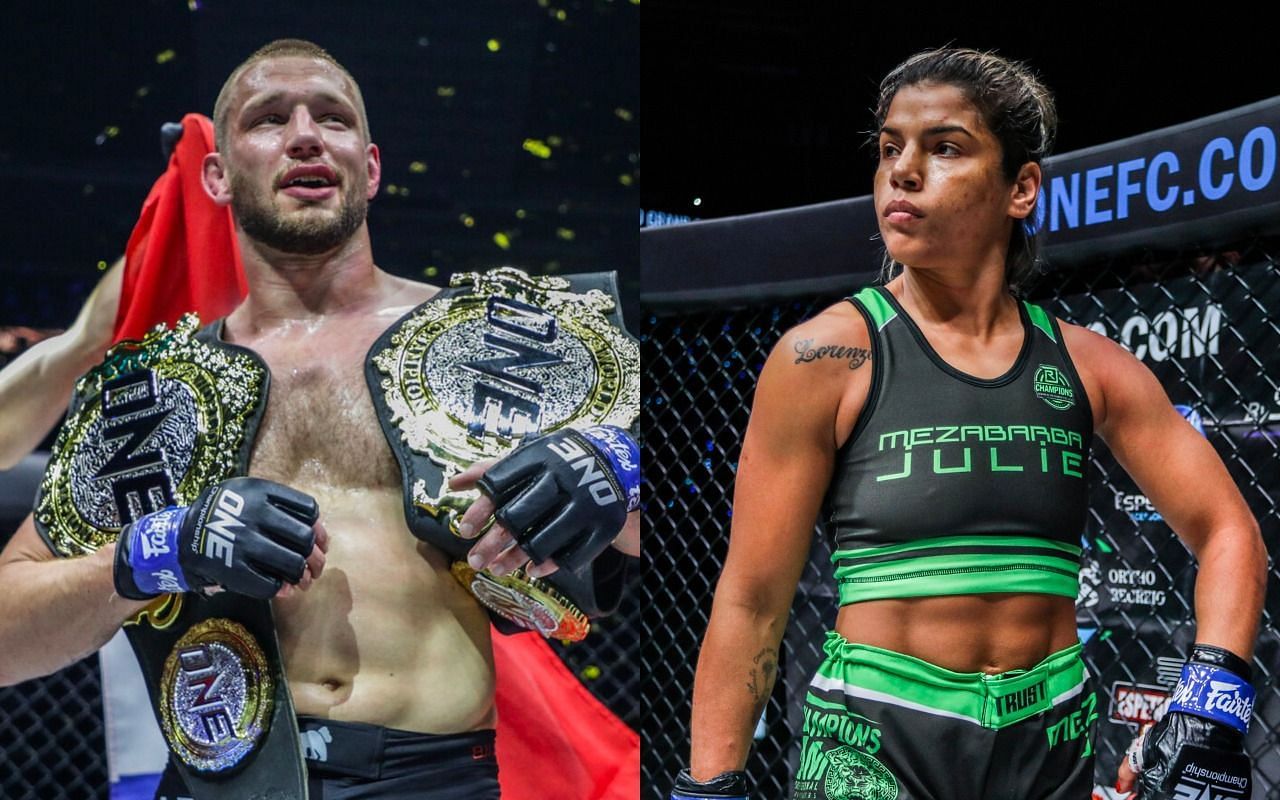 ONE Championship’s reigning two-division world champion Reinier de Ridder is just hours away from his next big title defense. ‘The Dutch Knight’ will attempt to keep both his middleweight world title and undefeated record intact when he faces formidable Russian challenger Vitaly Bigdash in the main event of ONE 159 on July 22nd.

Taking place in the Singapore Indoor Stadium, fans around the world will have their eyes locked onto this classic striker-versus-grappler contest. While Bigdash is no slouch on the ground, Reinier de Ridder has proven to be nothing short of dominant when things hit the mat.

ONE atomweight competitor Julie Mezabarba took a moment while speaking with ONE Championship to share her prediction for the highly anticipated middleweight showdown.

The general consensus seems to be that ‘The Dutch Knight’ should walk out of ONE 159 with his title and undefeated record still intact. However, Mezabarba made a bold prediction by suggesting that de Ridder would put out a higher volume of strikes, considering Bigdash is widely considered to be the better of the two when it comes to throwing hands. Perhaps Mezabarba knows something fans don’t about the evolution of Reinier de Ridder’s stand-up game.

‘The Dutch Knight’ looks to further his historic run under the ONE banner on Friday night with a big win against arguably his toughest challenger yet. Vitaly Bigdash has proven himself to be a quality striker and grappler in his grappling past few outings. In addition, the Russian fighter can never be counted out, as evidenced by his insane comeback against Igor Svirid at ONE: Tigers of Asia.

As Julie Mezabarba said, Reinier de Ridder is carrying the majority of the momentum going into the matchup. With two world titles and an undefeated record, pressure to maintain his status would overcome many.

Not the Breda, Netherlands native, however, as de Ridder has been cool as a cucumber every step of the way, even indicating that he intends to challenge for heavyweight gold should he defeat Vitaly Bigdash this weekend.

Never in the history of combat sports has a fighter held three different world championships in the same organization at the same time. This appears to be the endgame of sorts for ‘The Dutch Knight’, assuming he gets through his Russian test at ONE 159.

No matter the outcome, it’s sure to be a meaningful contest. For Bigdash, a victory would be the culmination of more than five years of work after losing his world championship to rival Aung La N Sang. For de Ridder, it will further establish his legacy and set the stage for ‘The Dutch Knight’ to make history.