The question of whether or not James Harden deserves a max deal with the Philadelphia 76ers continues to make the news. Patrick Beverley has frequently spoken about it on ESPN, stating that Harden deserves a max deal. Many NBA analysts have kicked against it, saying that, due to his performances in recent times, the 10-time All-Star is undeserving.

Kendrick Perkins has been vocal about how undeserving the 76ers guard has been, despite his talent. He had initially praised Harden for the move and called his union with Joel Embiid the new Kobe Bryant and Shaquille O’Neal in the league.

He recently called out Beverley for having stated in a previous broadcast that he and Stephen A. Smith did not give Harden his flowers. He emphasized that he has always been in support of the three-time scoring leader. He went on to reveal that his constant support of Harden has left him looking like a fool.

“Pat Bev said y’all need to give him his flowers,” Perkins said. “First of all, I always praise James Harden to the fact that I’m sitting up here right now looking crazy because I said that they possibly could be the next version of Kobe and Shaq. But James Harden got me sitting right up here looking like a fool.” 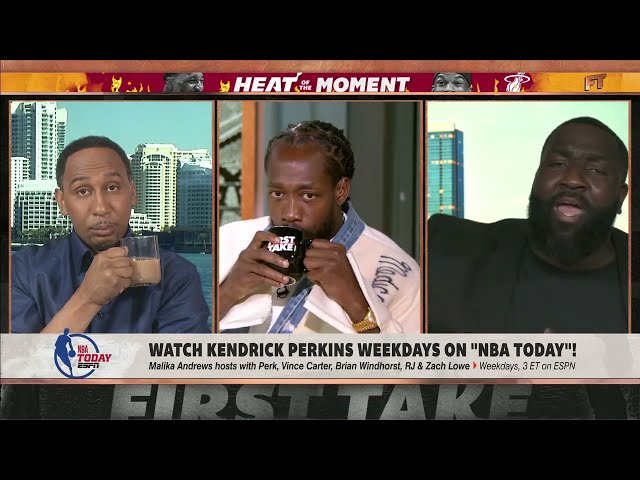 Harden underperformed in both the regular and post-season. He closed out the regular season with 76ers with an average of 21.0 points, 10.5 assists and 7.1 rebounds. He recorded his lowest scoring average since his third season in the league.

In the postseason, he averaged 18.6 points, 8.6 assists and 5.7 rebounds. It was also his lowest-scoring season performance in the playoffs since his third playoffs season with the Oklahoma City Thunder.

Patrick Beverley has been a regular guest on ESPN in recent times during the playoffs. He has spoken about many topics, but one that has been quite controversial has been his outburst and total condemnation of Chris Paul after the Phoenix Suns’ exit from the playoffs.

On ESPN’s “First Take” show, Kendrick Perkins claps at Patrick Berkeley for being biased and demands that he tell the truth about Harden. He requested that the Minnesota Timberwolves guard give Harden the same treatment he had given Paul earlier as Harden has been as poor as Paul in the postseason, if not worse.

“You didn’t tell the truth about James Harden,” Perkins stated. “When you come on here… homies don’t matter no more. You better come up here and speak the truth.”

“If you’re gonna sit up here and tell us that James Harden deserves a super max after what the performance and after what he did in Philadelphia this past season,” he continued. “You’re telling a lie and all you’re showing us is that was your homeboy that you’re protecting. Why the hell didn’t you give the same energy to James Harden that you gave to CP3 two days before?”

Although Beverley responded by saying that the conversation was centered around weakness on defense and that Harden wasn’t getting “cooked defensively,” Perkins was unimpressed by his response.