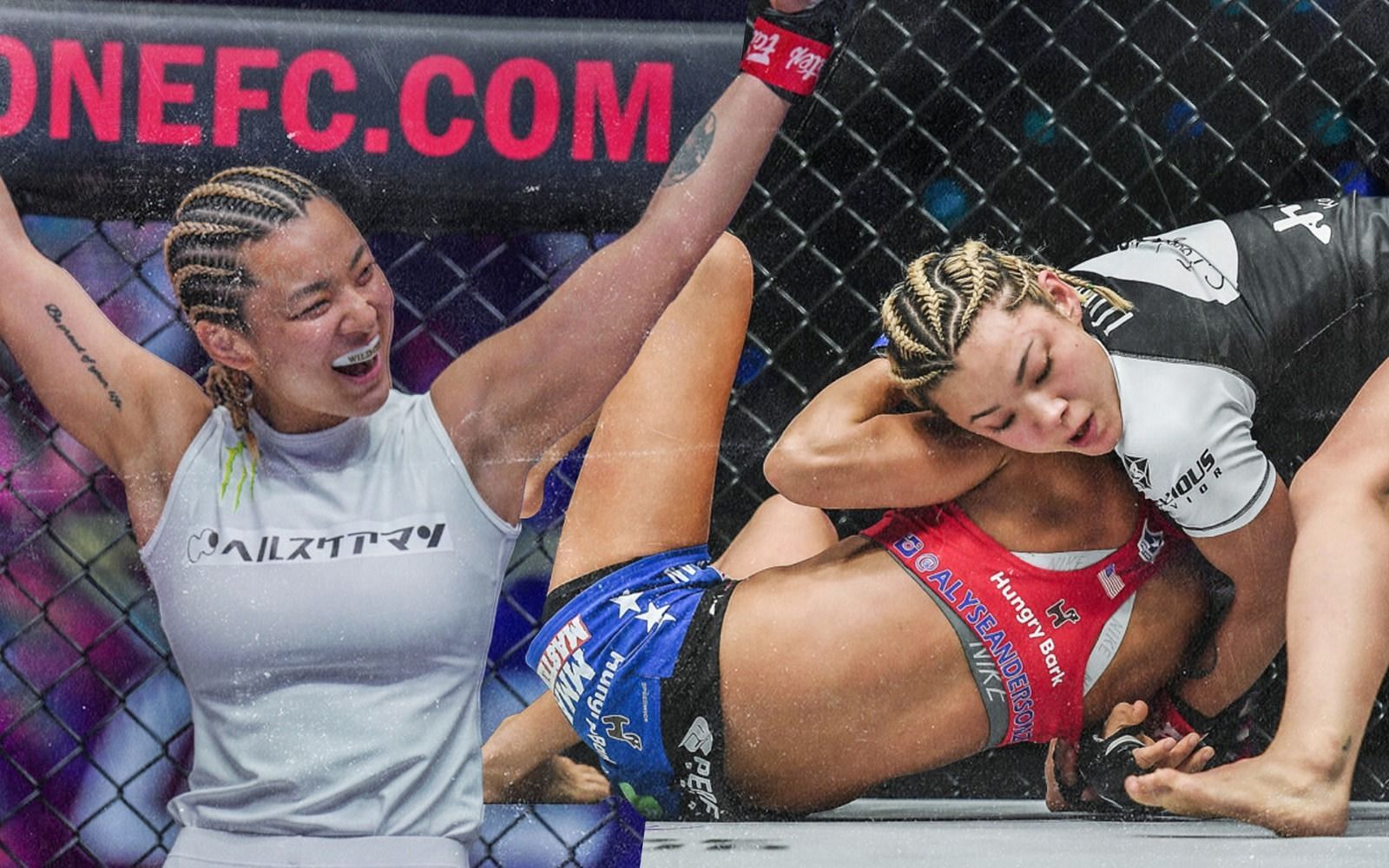 Itsuki Hirata is back. ‘Android 18’ will return to the Circle when the promotion debuts on Amazon Prime Video at U.S. primetime for the highly-anticipated ONE on Prime Video 1 event. The 22-year old MMA prodigy will face Chinese kickboxer Lin Heqin.

To get you ready for Hirata’s return, ONE Championship has uploaded a video that looks back at her intense bout with Alyse Anderson at ONE: Empower.

“Get hyped for the return of Japanese MMA sensation Itsuki Hirata at ONE on Prime Video 1 on August 26 by reliving her intense scrap with American star Alyse Anderson!”

Catch the full video below:

Hirata earned a unanimous decision win over Anderson, but it was not without some adversity.

Early in the contest, Hirata struggled with the length and reach advantage of Anderson. Closing the distance, Anderson clinched with Hirata in the first round. Looking for a takedown, ‘Android 18’ was able to turn the tables and land on top of her opponent, controlling the remainder of the first round. It was clear that while Anderson had the reach advantage, Hirata was significantly more powerful.

At the beginning of each round, Hirata continued to struggle with distance, but also continued to find an opportunity to power her way in, closing the distance and backing Anderson up to the circle wall.

From there, she landed a beautiful hip toss, taking down her American opponent with relative ease and controlling the action.

Once Itsuki Hirata was able to get it to the ground, there was little Alyse Anderson could do to improve her situation. Using her length, Anderson attempted to scramble, nearly escaping at one point, but Hirata’s threat of a kimura forced her to give up position and found herself on the bottom once again.

Knowing she was likely down on the scorecards, Anderson came out pushing the pace in the third and landed a cruising right that dropped Hirata. Unfortunately, Anderson followed Hirata to the ground, allowing the Japanese grappler time to clinch and recover. Moments later, Hirata landed another takedown.

Anderson was able to work her way into a better position, but Itsuki Hirata’s power was far too much for Anderson to handle. In the end, ‘Android 18’ was able to bring Anderson down with another fantastic hip toss and maintained side control until the final bell rang.