“Having Stanton back is a beautiful thing!” “Its almost crazy how much stronger the lineup is when Stanton is playing” 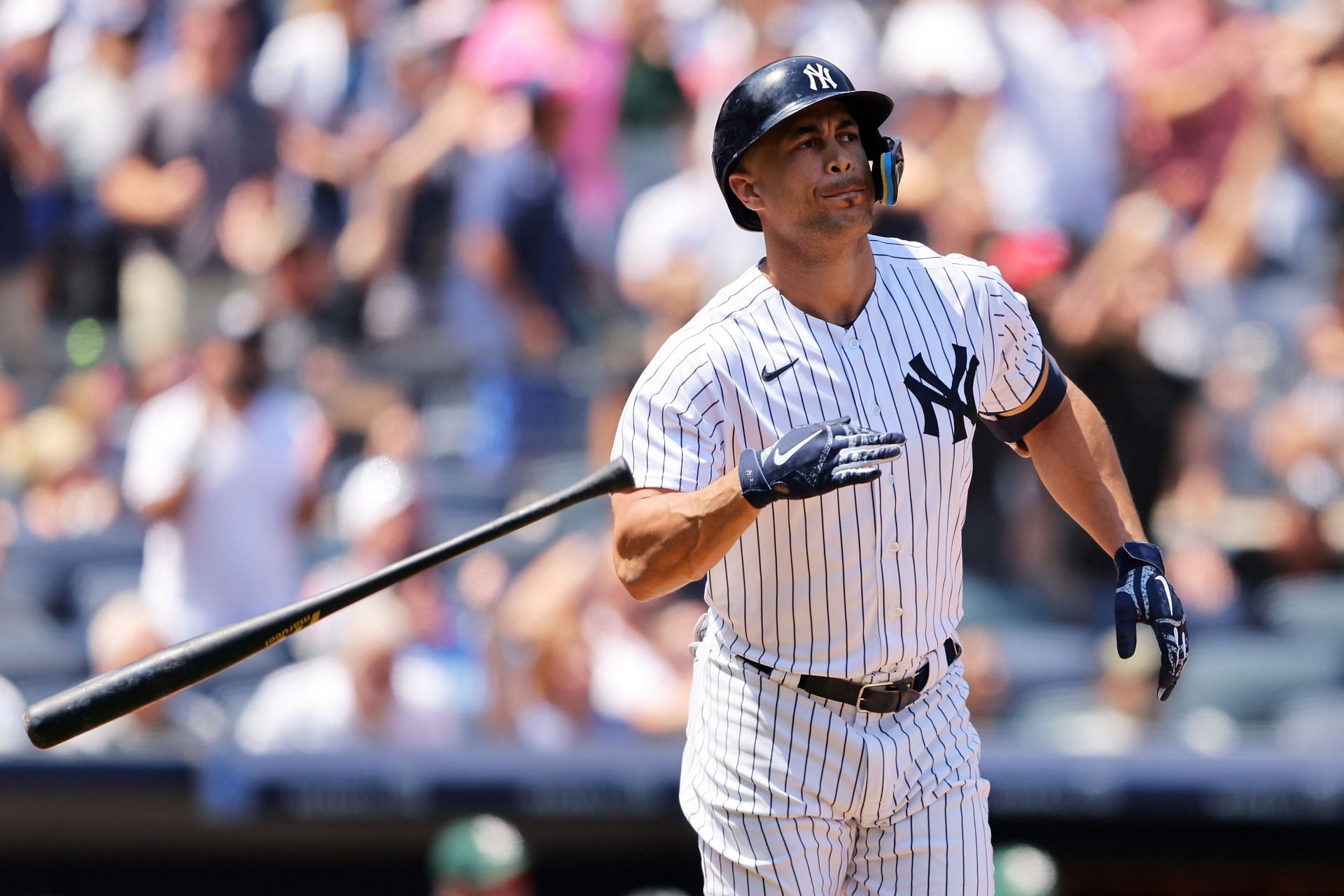 Everything is coming up positive for the New York Yankees and their fans as they welcome back Giancarlo Stanton to the lineup while on a three-game win streak. The Yankees’ struggles have been very well documented over the past few weeks, but their slump may finally be over. With a big series sweep over the New York Mets, the Yankees have all of the momentum.

Giancarlo Stanton’s return to the lineup is being celebrated heavily. Stanton is one of the top power hitters in the MLB, and New York Yankees fans have missed seeing him hit dingers. The hope is that he will be able to return to form quickly in his first series back. Since his first series back will be against the Oakland Athletics, he is in prime position to bounce back quickly.

It’s been awhile since this lineup has been at full force, and Yankees fans love the sight.

This return is coming at the perfect time, as it should allow Stanton to get back into the swing of things before the playoffs start.

The confidence of the Yankees fanbase has been shaken in recent months, but that confidence is now coming roaring back.

Stanton’s addition to the Yankees lineup alongside Aaron Judge and other stars makes this roster even more dangerous.

The series, which was already an uphill battle for the Oakland Athletics, just became even harder.

Many fans were questioning why D.J. LeMahieu was not in the lineup. It is likely this is simply a rest day for LeMahieu, and he will not miss significant time.

The chances of the New York Yankees continuing their winning streak drastically went up with the return of Giancarlo Stanton.

The New York Yankees may have lost their American League lead, but will be hunting to take it back over the coming weeks.

Only time will tell how long it will take Stanton to get back to his All-Star caliber self. For the sake of the Yankees’ fans, the sooner the better.

This game could be the start of the Yankees’ return to the top.

With the return of Giancarlo Stanton, the Yankees offense is one to be feared once again.

Giancarlo Stanton could be the best offensive player on any team in the MLB. Thankfully, he doesn’t have to be, since Aaron Judge is his teammate.

With that dynamic duo back together, the Yankees will be one of the toughest teams in the AL down the stretch.