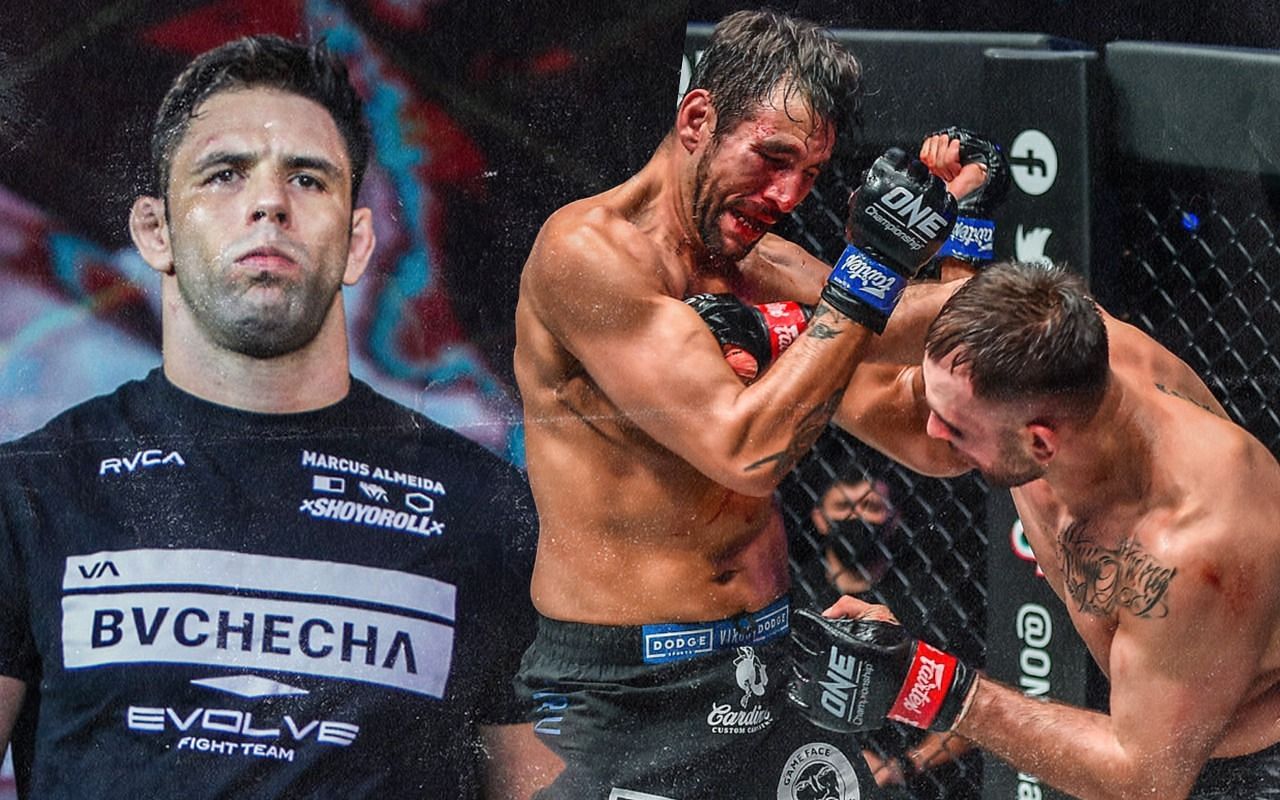 Marcus Almeida, known by Brazilian jiu-jitsu and MMA fans as ’Buchecha’, joined the star-studded lineup for ONE Championship’s big debut on Amazon Prime Video in August.

At ONE 161 on August 26, the 17-time Brazilian jiu-jitsu world champion will put his skills to the test against former interim heavyweight world title challenger Kirill Grishenko as part of the evening’s main card.

With 138 career submission-grappling wins to his credit, ‘Buchecha’ made the move to mixed martial arts, signing with ONE Championship in 2021. Debuting at ONE: Revolution in September, Marcus Almeida earned three straight victories, all in the very first round. His most recent win came against Simon Carson at ONE 158. ‘Buchecha’ earned his first knockout just before the halfway point of round one.

While speaking to the South China Morning Post about his impending bout with Grishenko at ONE 161, Almeida had this to say:

“I know that if I accept a fight, that’s because I believe I can win and my expectations are the best. He’s a great wrestler. But I believe in my wrestling too. I believe in my jiu-jitsu and I believe in my striking too. I couldn’t show much, but I’m striking a lot in the gym. So sooner or later, I have to do it up there, the time is coming.”

While confident, Marcus Almeida is cautious about moving up the ranks too quickly

With three quick and impressive wins under the ONE banner, Marcus Almeida is already closing in on a heavyweight world title opportunity. Even with his incredible run thus far, ‘Buchecha’ is cautious of trying to move up the ladder too quickly as he continues to improve his striking game. Speaking to ONE Championship, Almeida said:

“It wasn’t long ago [since my debut], right? But I can say I’m feeling confident in the cage. I’m learning the game, and every fighter becomes more comfortable. I’m not rushing anything. I’m taking my time to do everything.”

Discussing his win over Simon Carson at ONE 158, ‘Buchecha’ said he was able to utilize his striking skills, but pounced on an opening to take his opponent down and put him away for his third straight victory:

“It was back and forth [in the striking], but I saw the opportunity to take him down, so I did. He was defending well, but once I got into a good position, the mount, I felt like it was a good position to ground-and-pound, so I didn’t waste any energy before.”

Watch ‘Buchecha’ vs. Simon Carson below: