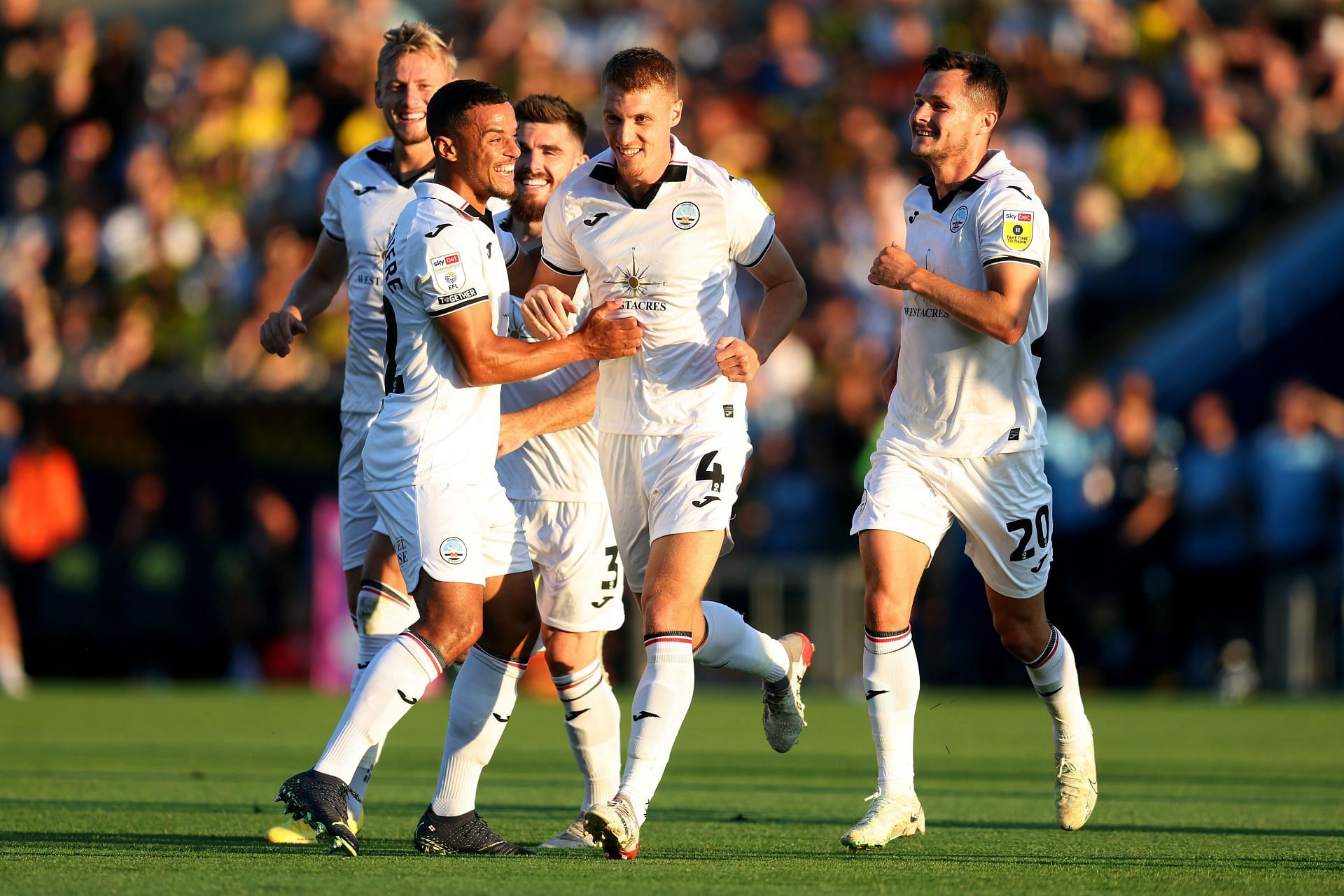 Blackpool host Swansea City at Bloomfield Road in the EFL Championship on Saturday, with both sides having had difficult starts to the season.

Blackpool are currently 13th in the league, having won one and lost one game so far this campaign. MIchael Appleton’s side will be going into the game off the back of being knocked out by Barrow in the EFL Cup and will look to bounce back with a win against Swansea on Saturday.

Swansea, on the other hand, are currently 22nd in the table, having yet to pick up their first league win of the campaign. Russell Martin’s side were also knocked out of the EFL Cup at the hands of Oxford United in midweek and will hope to turn kickstart their season with a win against Blackpool on Saturday.

Blackpool are back in action this weekend as they welcome Swansea City to Bloomfield Road.🍊Gary Madine’s goal was the difference between the two sides when they last met in March.👇 #UTMP @CTec_NI_Ltd https://t.co/jakulOZPq3

Both sides will want to win the game to climb up the table and that should make for an interesting matchup.

Blackpool have slightly edged the recent head-to-head record between the two sides, having won one of their previous two meetings, with the other ending in a draw.

That win came the last time the two sides met back in March. Gary Madine’s goal was enough to secure the win on the night.

James Husband will be a doubt for the game. Meanwhile, Jordan Gabriel, Keshi Anderson and Luke Garbutt are all out injured.

Joe Allen is a doubt for the game. Apart from that, Martin will have a full strength side to choose from.

💬 “I’m sure there’ll be a little bit of nervous tension around the place, but we’ll be looking to implement our style, our play, and go up there and just focusing on us.”#SwansU18 kick off their league campaign tomorrow against Barnsley (11am).👉 bit.ly/3AetUcf https://t.co/7jbjTFC3x4

Up to $250 Deposit Match at BetRivers/SugarHouse

Both sides have been in poor form of late and that should come to the fore during the game on Saturday.

We predict a tight game, with neither team coming out on top in a low-scoring draw.

Paul Merson has predicted the results for Chelsea vs Tottenham and other GW 2 fixtures! Click here