“Better without Messi”, “G.O.A.T” – Barcelona fans rejoice as superstar puts in stunning performance in first half against Valladolid 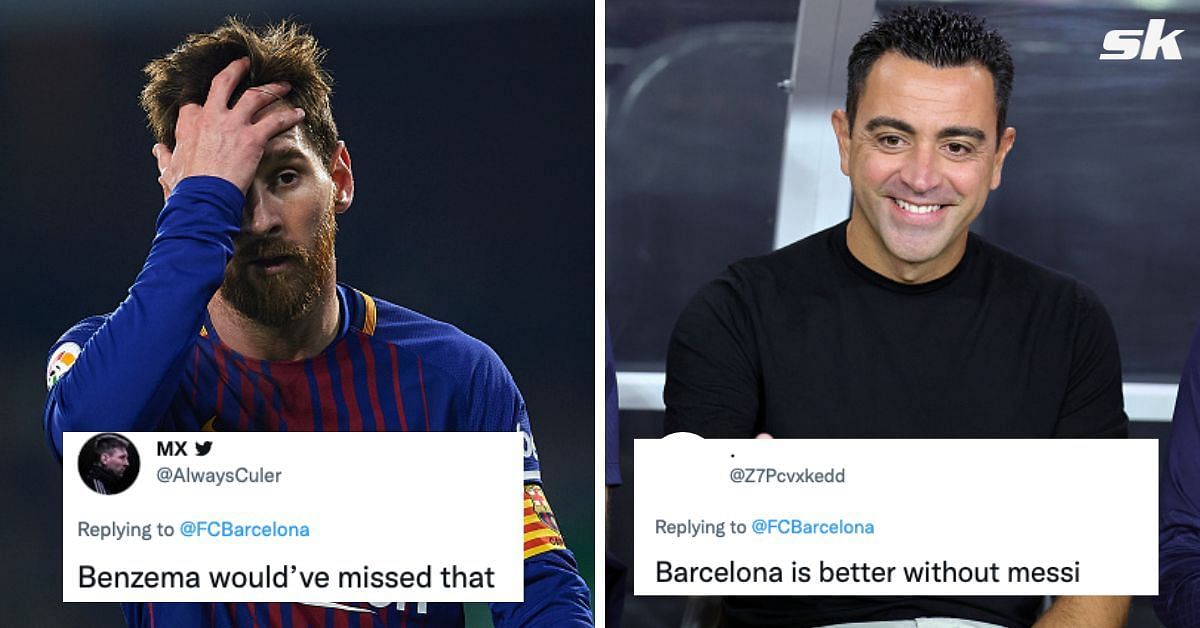 Barcelona fans are brimming with joy having seen their side put in a spectacular first-half performance against Real Valladolid, with Robert Lewandowski particularly impressing.

The legendary forward has continued his goalscoring form having scored a double in the 4-1 win over Real Sociedad last weekend.

The veteran striker has grabbed Barca’s opener, latching onto Raphinha’s floating cross to give the Catalan giants the lead in the 23rd minute.

He has been a nuisance for Valladolid throughout, causing all sorts of problems for Joaquin Fernandez and Javi Sanchez.

Barcelona’s wing-play has been deadly and they have bossed possession against Pucela.

All eyes are on Lewandowski though, as he scores his first goal in front of the Nou Camp faithful.

Some are even of the opinion that the former Bayern Munich striker is rivaling the iconic Lionel Messi.

The Pole now has three goals in his first three appearances for Barca and fans are delighted with his performance against Valladolid thus far.

He has a long way to go if he does want to beat Messi’s record-breaking goalscoring season of 73 goals in 60 appearances back in 2012.

Nevertheless, here are some reactions from fans on Twitter to Lewandowski’s eye-catching first-half performance:

Lewandowski is flourishing for Barcelona

There had been some reservations over whether Lewandowski would immediately adapt to life at the Nou Camp.

He had spent the majority of his career in the Bundesliga and going to a completely different league at the age of 33 was quite a challenge.

However, the veteran forward looks like he’s been at Barcelona player for years as he is gelling tremendously well with the likes of Pedri, Dembele and Raphinha.

His experience will be vital for Xavi’s side this season as they look to challenge for the La Liga title and possibly the UEFA Champions League.

Barca were eager to sign the prolific striker throughout the summer and tonight’s performance against Valladolid explains why.

Karim Benzema may be in line for this year’s Ballon d’Or win but he has a new striker hot on his heels in La Liga.

The pair now look to forge an enthralling rivalry as La Liga’s two great strikers and El Clasico now has a new layer to add to it’s long-standing feud.